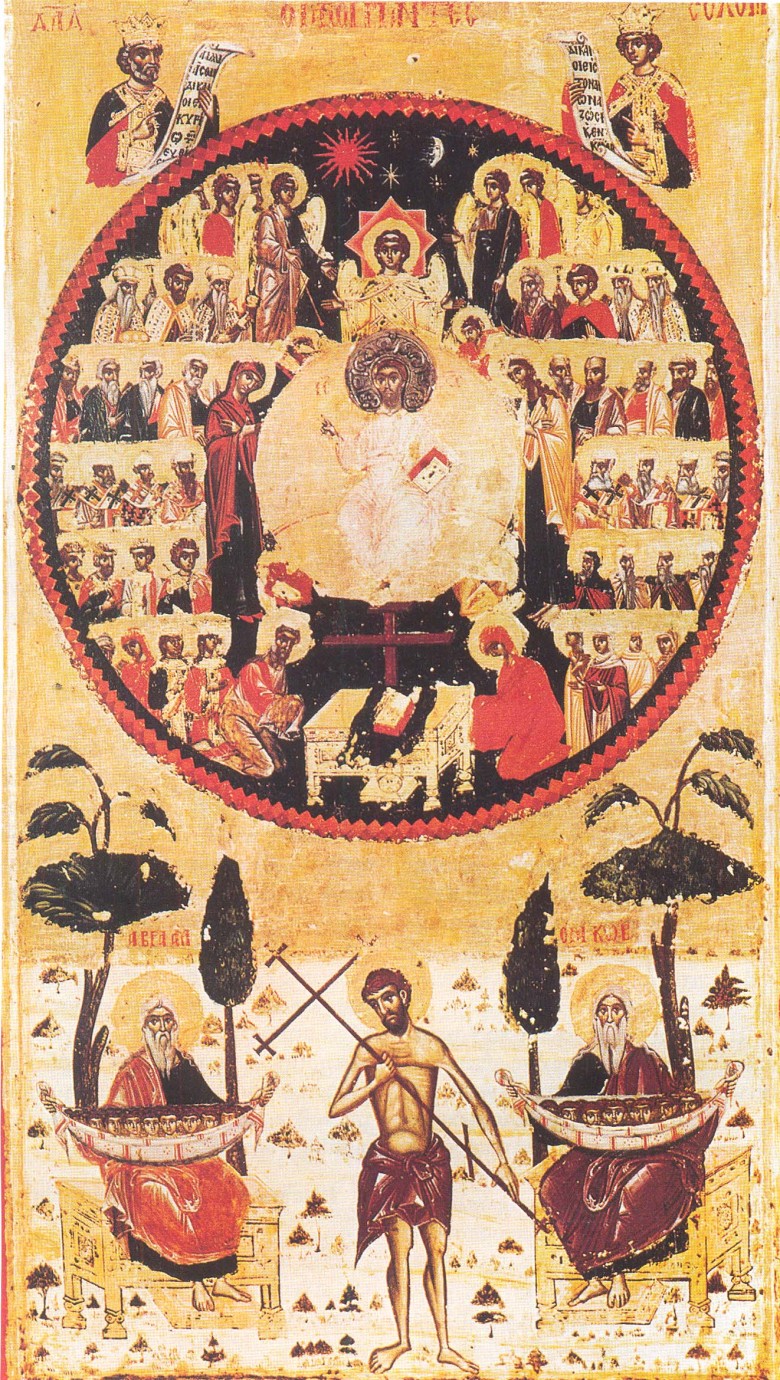 In the Name of the Father, the Son and the Holy Ghost.

The Mother of God and the Saints whose memory we keep today, those who are known to us because God has revealed them and because they have been understood and recognised, either by their contemporaries, or years, at times – centuries later, all the Saints are the response of the earth to the love of God. And this response is given by them not only in their own name but in the name of all creation and in our names also; because each of us has the privilege to be called by one name, our Christian name, the name of one of those Saints. And the Saints whose names are ours stand before God and pray that their name should not be made unworthy in the eyes of the Lord. The Saints of God embrace the whole of Creation in their love, in their intercession, in their prayer, in their real, continuous presence. How wonderful it is that we belong to this vast family of men, of women, of children who have understood what the Lord meant when He came, and lived, taught and died for us! They responded with their own heart, they understood with all their mind, and they accepted His message with all their determination, to overcome in themselves all that has been the cause of the crucifixion; because if only one person on earth had strayed, fallen away from God, Christ would have come to save at the cost of His life. This is His own testimony to a Saint of the early centuries who had been praying that the sinners should be confounded; and Christ appeared to him, and said, “Never pray that way! If one sinner have existed, I would have died for him.”

The Saints are people who responded to love by love, people who realised that if someone can die for them, their only response of gratitude is to become such that he should not have died in vain. To take up our cross means exactly this: to turn away from all those things which are Christ’s death and crucifixion, from all those things which surrounded Christ with hatred and lack of understanding. We are all free to do this, more than those who lived in His time because they could be mistaken in Him in those days; but in our days, after two thousand years, when we can read the Gospels, and see emerging from the story the stature, the Person of Christ, when we have got millions of witnesses that tell us that He truly gave His life for us, and that the only response we can give is to give our lives for one another in His name – how can’t we respond?

Let us therefore, on this day make a new resolve: to listen in the way in which they listened, with all their heart, all their mind, all their will, all their self to see what good will – the strength, the power for us also to grow into the stature which God has willed, dreamt for us, – the power will be of God; as He had said, My strength deploys itself in weakness, My grace sufficeth… And Paul, who knew that, added, in another passage, All things are possible unto us in the power of Christ Who sustains us…

Let us make a new start, so that the Saints whose names we wear should rejoice in us, so that the Mother of God Who gave Her Son unto death that we may respond, that we may understand, that we may be saved should rejoice, and that Christ should see that it is not in vain that He lived, taught, and died. Let us be His glory, a light; it may be a small light, just like a small candle, it may be a bright light as one of the great Saints – but let us be a light that lights the world and makes it less dark! Let us be joy so that others may learn to rejoice in the Lord. Amen!