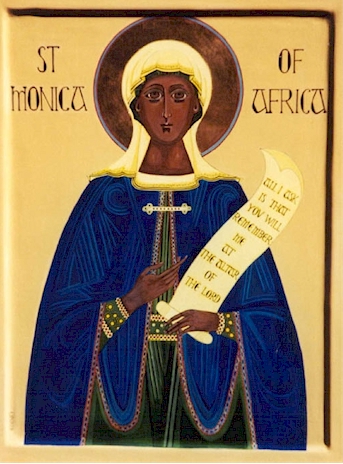 Saint Monica, the mother of St Augustine of Hippo (June 15), was born in 322 in Tagaste, North Africa. Her parents were Christians, but little is known of her early life. Most of our information about her comes from Book IX of her son’s CONFESSIONS.

St Monica was married to a pagan official named Patritius, who had a short temper and lived an immoral life. At first, her mother-in-law did not like her, but Monica won her over by her gentle disposition. Unlike many women of that time, she was never beaten by her husband. She said that Patritius never raised his hand against her because she always held her tongue, setting a guard over her mouth in his presence. (Ps. 38/39:1).