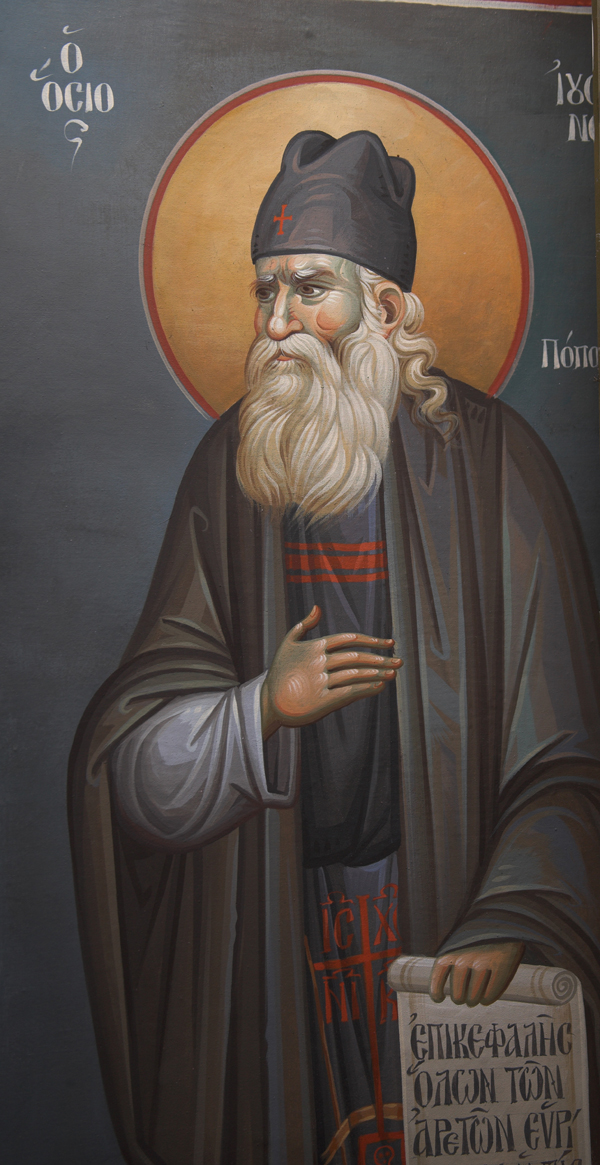 Fresco of Elder Justin Popovic, in the church of Pantanassa (of Vatopedi monastery) in Porto Lagos

The Year 1980
Novka Matich from the village of Osechine had a son, Zharko. Zharko was involved with the worst sort of company, spending most of his time in bars. His mother stated that some person had «placed a curse» on him, and that he was keeping company with her. For three years he never came home, and he threatened his parents with death. He was always dressed in black, and explained this by saying he was «in mourning for his parents.» read more END_OF_DOCUMENT_TOKEN_TO_BE_REPLACED