Monk Moses the Athonite: ”Scandal” for me is the non-unity of Holy Mount Athos

Moses monk, the well known intellectual, has given an interview to the 24hour ecclesiastical news agency “Romfea.gr”. We have visited his cell at Saint Panteleimon Skete of the Holy Mount Athos.

Elder Moses, speaking to the Director of “Romfea.gr”, Mr. Emilios Poligenis, gives substantial answers on issues which refer to the Holy Mountain, the professor Christos Giannaras, the Vatopedi case and the Abbot Efrem, the financial crisis and the Patriarch’s liturgy at Panayia of Sourmela monastery. The interview went on as follows: read more… END_OF_DOCUMENT_TOKEN_TO_BE_REPLACED

The Ecumenical Patriarch Bartholomew on «60 Minutes» 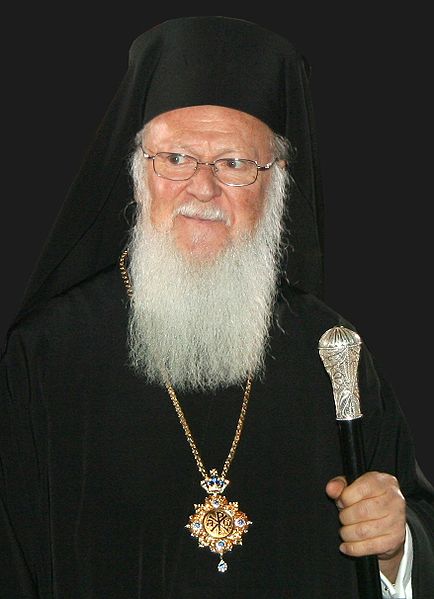 We should first like to express our joy that this meeting of distinguished and dynamic economists, political figures, and other eminent dignitaries has included on the agenda of its discussions the human dimension of globalization of the economy, as well as non-economic values. There is no doubt that when ranking values the human person occupies a place higher than economic activity. Neither is there any doubt that economic progress, which is present when there is growth in economic activity, becomes useful when and only when it serves to enhance the non-economic values that make up human culture. This is the reason that justifies our Modesty’s presence among this luminous gathering of eminent economic activists although we bear no relation to matters of economy.

The advance of humanity towards globalisation is a fact arising primarily out of the private sector, in particular they are the desires of multinational economic giants. This fact finds support in the incredible development of communications. Already the role of states is being constantly downgraded, with few exceptions; whereas the role of the economically powerful is growing in magnitude, even among the larger states.

As the Primate of the Ecumenical Patriarchate and the first bishop of the Orthodox Church throughout the world, we assure you that the Orthodox Church has experienced and cultivated the idea of spiritual ecumenicity. END_OF_DOCUMENT_TOKEN_TO_BE_REPLACED