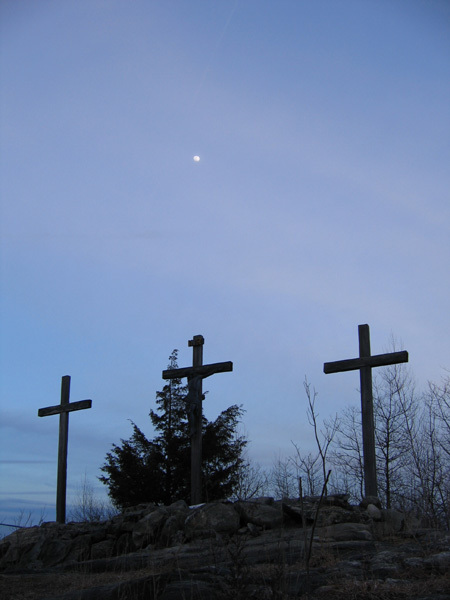 The Truth, spoken in general, is, perhaps, the most easily spoken truth in all the world. It smooths over the rough edges of hard truth and says more easily that to which all can agree. If all can agree – it is not probably the truth – or it is not a truth worth speaking.

As a priest of the Orthodox Church in America, I find the present time to be one in which the truth is both difficult to discern and difficult to speak. My policy on this blog has always been to avoid the “politics” of the moment and to write of things of greater importance. The politics of the moment are among those things hardest to discern. None of us have enough information to speak with clear authority – and we are often compromised by our own allegiances and friendships.

However, I do believe in truth – not the truth that serves only one point-of-view, not a truth that paints itself as all white while painting its opponent as all black. In the long span of human history, such characterizations have rarely proved to be entirely true.

First off, truth is not simply an accurate account of events. Truth is defined in and by a relationship with Jesus Christ. We have all encountered “masters of the truth” who while offering an irrefutable account of events, have somehow departed from the truth as it is in Christ. END_OF_DOCUMENT_TOKEN_TO_BE_REPLACED

The title of this post is quite misleading – for in proper theological language – there are no “personal issues.” Our culture is quite fond of issues – both the politico-entertainment industry – and many individuals. It is a word and a phenomenon that has been baptized by the culture such that “being concerned with the issues” makes someone sound as if things matter to them in a significant way. The Orthodox response to the issues should generally be – not to respond.

The true “issue” of our time and of all times is the salvation of our souls. And, it is important to note, this is not a “legal” or “forensic” issue, but a matter of the deep healing of the spiritual disease that infects us, and, through us, all the world around us. We do not see things as they are (we are spiritually blind); we do not think as we ought (we are spiritually ignorant); we do not feel about things in a proper way (we are spiritually disordered in our emotions). Coming to grips with the passions and their disordered state (which effects our mind, emotions and our body) is very difficult work. It requires insight and honesty and a deep commitment to the Truth of Christ, through Whom we may alone find healing and salvation.

Others set their sights in other places and concern themselves with theological issues or local issues such as the goings-on in a parish.

I would offer a brief definition of “issue” as I am using it here: any subject or situation with which we may concern ourselves, that having been addressed, leaves ourselves and others involved no closer to our salvation than when we began (and perhaps farther away). END_OF_DOCUMENT_TOKEN_TO_BE_REPLACED

What Is My Life?

I have written often on the subject of “personhood,” drawing to a large extent on the writings of the Elder Sophrony, and to a lesser extent on the theology of Met. John Zizioulas. The heart of their thought is to direct us to the reality that to exist as “persons” is precisely the same thing (or similar) when we speak of the “persons” of the Holy Trinity. And further, that this is true existence for human beings.

In our popular speech, we use the word person in a manner that is interchangeable with individual. This is to equate personhood with a word that stand for its near opposite.

We are used to thinking of ourselves in individual terms – terms which emphasize our role as active, choosing agents. A collection of individuals is especially a collection of unique and competing wills. Thus it is always possible that the competing wills with whom I associate will be in direct competition with myself. Their good and my good may not be at all the same thing.

Thus we wind up with various versions of the social contract, in which we agree by various means, to give as much room to other competing wills as possible, while allowing sufficient attention to our own. It is like belonging to a merchant’s organization.

These social contracts exist primarily to keep us from killing each other and to help maximize one another’s profits, whether they be profits of the material kind or otherwise. It is so strong a force in our culture that even Christians, within the “mega church” movement, speak of their “target” congregation as a “market.” We are defined by the market to which we belong. We are the consumers of religious product. This has a way of working and even of prospering, in that a market approach tends to separate Christians from one another before they become “competing agents.” A congregation that is a statistical slice of our culture would argue over music, sermon, reason for existence, etc. END_OF_DOCUMENT_TOKEN_TO_BE_REPLACED