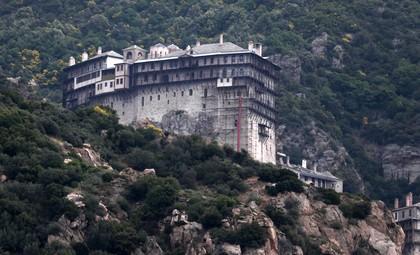 CLOSER TO GOD – One of the magical lures of Greece and steeped in ancient tradition and centuries of history, the monastery of Simonos Petra, at the Orthodox monastic sanctuary of Mount Athos, in northern Greece is set to mark its 100 year anniversary since becoming Greek sovereign territory after the region was freed from Ottoman rule. END_OF_DOCUMENT_TOKEN_TO_BE_REPLACED

A Nation in Crisis 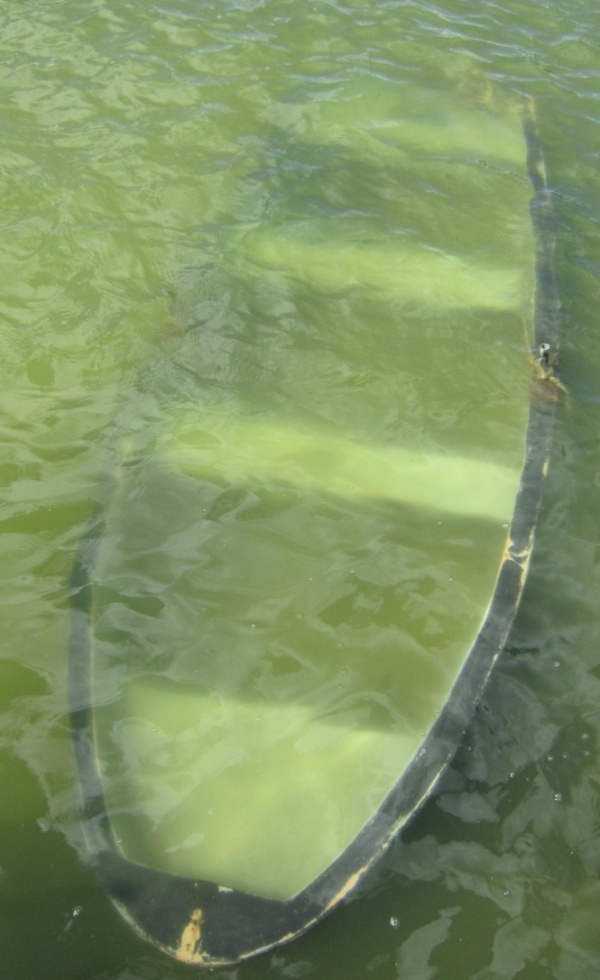 During our recent trip to Greece, we were fortunate to visit a beautiful land which was rich in history, monuments, and culture. But at the same time we witnessed a society in crisis. The word crisis comes from, the Greek word krisis, which means, the moment of judgement, the moment at which things could go any way. Survival or collapse. END_OF_DOCUMENT_TOKEN_TO_BE_REPLACED

Democracy vs Mythology: The Battle in Syntagma Square

I have never been more desperate to explain and more hopeful for your understanding of any single fact than this: The protests in Greece concern all of you directly.

What is going on in Athens at the moment is resistance against an invasion; an invasion as brutal as that against Poland in 1939. The invading army wears suits instead of uniforms and holds laptops instead of guns, but make no mistake – the attack on our sovereignty is as violent and thorough. Private wealth interests are dictating policy to a sovereign nation, which is expressly and directly against its national interest. Ignore it at your peril. Say to yourselves, if you wish, that perhaps it will stop there. That perhaps the bailiffs will not go after the Portugal and Ireland next. And then Spain and the UK. But it is already beginning to happen. This is why you cannot afford to ignore these events. END_OF_DOCUMENT_TOKEN_TO_BE_REPLACED

Mighty in Meekness – St. John the Russian (May 27) 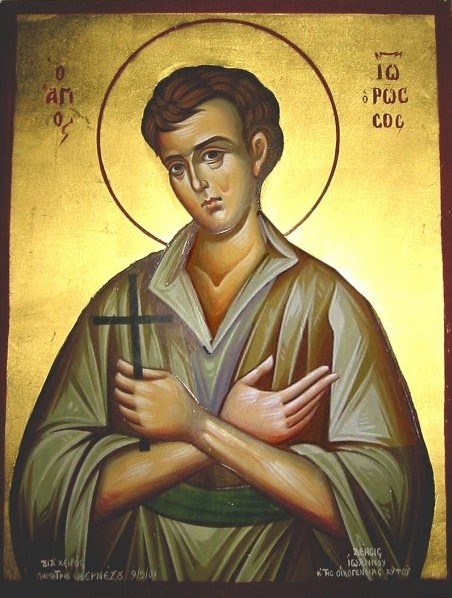 One of the most popular saints among Greeks today is St. John the Russian whose incorrupt relics are the boast of the island of Euboia. The multitudes who visit his shrine are such that there is daily bus service to the shrine from Athens. Countless miracles flow from his relics and icons, and even now-when the spirit of the world is having such an oppressive effect on traditional Greek piety–icons of the Saint are often found in buses and in nearly all Orthodox homes. St. John was neither a celebrated hierarch, nor an eloquent theologian, but a simple young man who spent the better part of his life in a stable. END_OF_DOCUMENT_TOKEN_TO_BE_REPLACED

Greek civilians look on as the Germany army makes its way to Thessaloniki in April 1941. Photograph: Getty

A Nazi massacre remembered by Greeks as one of the worst atrocities of the second world war is threatening to plunge relations between Athens and Berlin to a new low amid rising criticism of Germany‘s failure to pay compensation.

END_OF_DOCUMENT_TOKEN_TO_BE_REPLACED 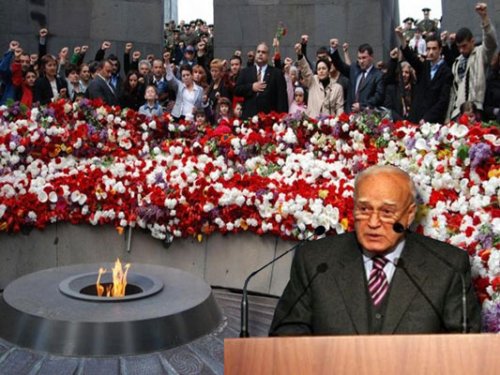 Greece and Armenia were “butchered” by Turkey in their past, the Greek president told his Armenian counterpart yesterday as he bemoaned a costly arms race with Ankara that helped create Greece’s vast debts.

“We were butchered by the same barbarian,” President Karolos Papoulias told his counterpart Serzh Sdargsyan who began a three-day visit.

END_OF_DOCUMENT_TOKEN_TO_BE_REPLACED

Praying Before the Communion, Megara. Painting of Theodoros Rallis 1890

In the name of the Father, the Son and the Holy Ghost.

Every time we come to Communion we say to the Lord that we come to Him Who is the Saviour of sinners, but we also state that we consider ourselves as the greatest of all. How much truth is there in such a statement when we make it? Or how can we make such a statement? Is it true? Can we truly say that we do consider ourselves the worst of all sinners? John of Kronstadt in his «Diary» makes a point which I believe is very important; he says that he also asks himself this very question, and he can answer it in all honesty, because, he says, if others had been given so much love, so much grace, so much Divine revelation as was given to him, they would have borne fruit which he proved unable to bear.

END_OF_DOCUMENT_TOKEN_TO_BE_REPLACED

The Miraculous Icon of Saint Barbara in London, England

This is a miraculous icon of Saint Barbara which currently is in Harrow, London. It belongs to a Greek family from Egypt who has had it for generations. It was handed down to them while living in Alexandria, travelled with them during a pilgrimage to the Holy Lands, and when they decided to move to England they now reside in London where this icon has become well-known among the Greeks and even non-Greeks. END_OF_DOCUMENT_TOKEN_TO_BE_REPLACED

The Holy Apostle Andrew the First-Called

The Feast of the Holy Apostle Andrew the First Called is November 30th. Our Community chose Saint Andrew as its patron saint because the first organizational meeting of our Parish was held on his Feast Day, November 30, 1979. The Patron Icon of St. Andrew, enshrined in the narthex of the Church, is a unique composition that exists nowhere else in sacred art. Iconographer Xenia Pokrovsky designed and wrote this sacred icon in egg-tempera. It depicts St. Andrew’s missionary work in the cities of Syria, from which the ancestors of many of our parishioners emigrated. END_OF_DOCUMENT_TOKEN_TO_BE_REPLACED 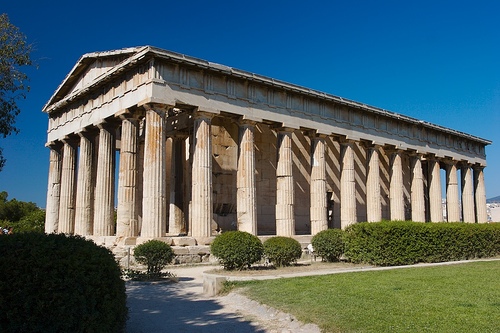 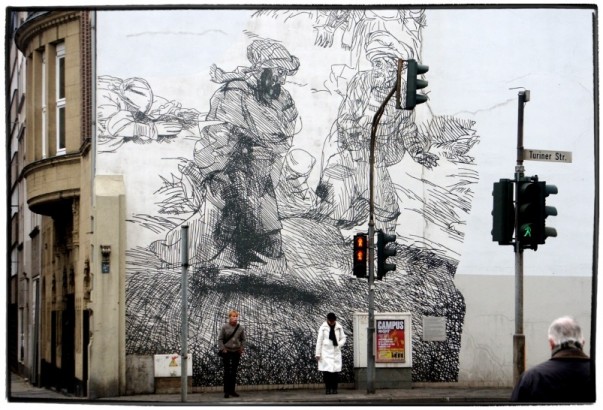 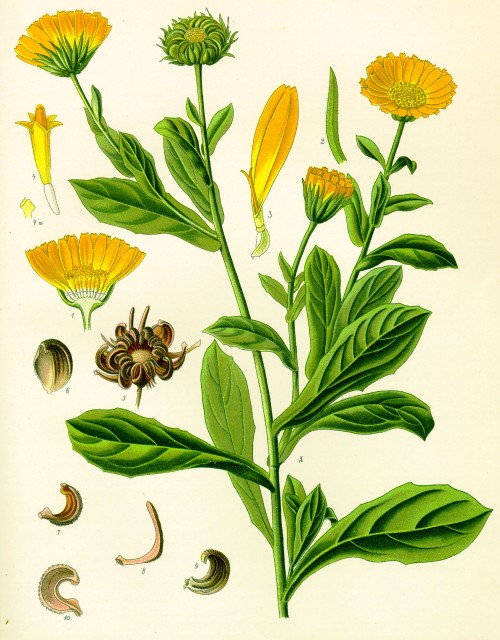 The Centre for the Research and Study of such herbs has been launched at the monastery of Vatopedi with the help of Italian scientists, most notable of which is professor Roberto Micinilli of the University of Viterbo.

Foreign Minister Avigdor Lieberman and his visiting Greek counterpart, Dimitris Droutsas, signed an aviation treaty yesterday, amid signs of strengthening ties between Jerusalem and Athens. This was the first treaty to be signed between the two nations since 1952, a Foreign Ministry statement said. The deal paves the way for, among other things, two carriers to service each side for each destination instead of just one.

END_OF_DOCUMENT_TOKEN_TO_BE_REPLACED 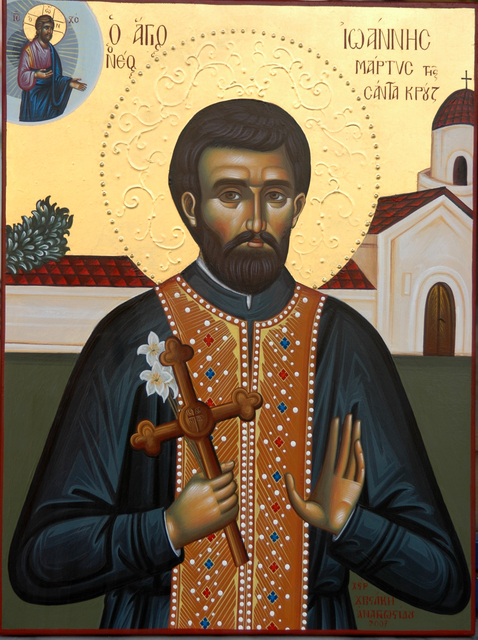 Fr. John Karastamatis was born in 1937 in the Greek village of Apoika, on the island of Andros. As a boy on the island of Andros, John witnessed many miracles with which God blessed the pious villagers, and thus he was made aware of the closeness of God to the lives of those who seek Him. The heavenly saints, especially the local ones, also manifested their closeness and the power of their intercessory prayer by appearing to and helping the people. John nourished his young soul by learning of the lives of these saints and martyrs, whose unquenchable desire to be faithful to Christ in the face of deprivation, torment and physical death inspired him to also be a servant of God. Although he did not attend any theological school, he wanted to put his faith into practice by someday becoming a priest. END_OF_DOCUMENT_TOKEN_TO_BE_REPLACED

While Ankara renews its national security document and changes its redlines, Athens again accuses Turkey of ‘continued provocations’ in the form of threatening war and violating Greece’s aerial and naval sovereignty. Athens says it has a right to extend its territorial waters and that it is reserving this right.

Athens is accusing Ankara of «continued provocations» in the form of threats and violations of the country’s aerial and naval sovereignty that have allegedly occurred despite improving relations between Greece and Turkey.

END_OF_DOCUMENT_TOKEN_TO_BE_REPLACED 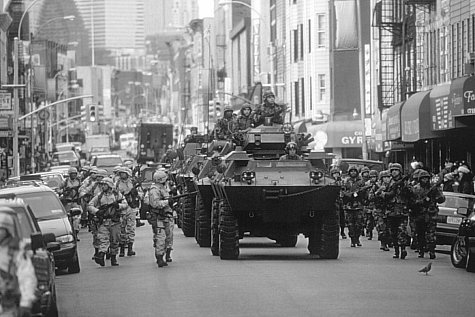 Metropolitan of Lemesos (Limassol) Athanasios: “It is imperative that Cypriots unite”

His holiness the Metropolitan of Limassol, Athanasios, spoke during a special event on Cyprus organized by the Holy Metropolis of Demetriados and the Union of Cypriots of Magnesia.

In a packed conference room, Metropolitan Athanasios spoke about the history of Cyprus, the hopes and aspirations of the Cypriots, young and old, to see their island united again as part of a just solution to the problem and gave a contemporary overview of the Cyprus issue. read more… END_OF_DOCUMENT_TOKEN_TO_BE_REPLACED

The gravestone of the dreams of the Skopjans that they are Macedonians, descendants of Alexander the Great, is made of two books and a documentary.

The renaming of the Yugoslavian area of Vardaska to Macedonia by Tito and Stalin in August 1944, led today’ s inhabitants of FYROM into fantasising that they are the Macedonians and, particularly, that they are the descendants of Alexander the Great. The way Hitler, in order to establish the Nazi regime, kept declaring that the Germans belonged to the Arian race, the same way Tito, in order to take control of the Aegean and support the expansionist plans of the Soviet Union, renamed Vardaska to Macedonia, aiming at the extraction of Macedonia from Greece.

END_OF_DOCUMENT_TOKEN_TO_BE_REPLACED

The whole truth about Vatopedi

An issue of national importance which has been capturing the attention of the whole country for decades as well as the various Greek ministries and the Greek national security authorities, has become a matter of internal political squabbling, of investigative committees and of unrestrained chit-chat because of ‘additional external factors’. The consequences of such furor will possibly be felt by the entire nation for years to come. read more… END_OF_DOCUMENT_TOKEN_TO_BE_REPLACED

Here you can watch an older documentary for Mount Athos. Enjoy it… END_OF_DOCUMENT_TOKEN_TO_BE_REPLACED

On September 6 and 7 in 1955 in the Turkish cities Istanbul and Izmir were organized the massacres of the Greek population, which later turned into Armenian as well. The tragic events of those days are known as «Night of Istanbul massacres» or «Night of national extermination in Constantinople.”

The massacres of the Christian population have been carried out by the Turkish authorities in response to the demand of the Cypriot Greeks to recognize their independence and to connect it with Greece.