Thousands of Americans died from H1N1 even after receiving vaccine shots

The CDC is engaged in a very clever, statistically devious spin campaign, and nearly every journalist in the mainstream media has fallen for its ploy. No one has yet reported what I’m about to reveal here.

It all started with the CDC’s recent release of new statistics about swine flu fatalities, infection rates and vaccination rates. According to the CDC:

END_OF_DOCUMENT_TOKEN_TO_BE_REPLACED

Media in Sweden is having a tough time maintaining the propaganda as more and more people question the reasons for the mass vaccination. Now, authorities say that if not «80% of the population takes the shot, we risk 100 deaths from the swine flu». Most Swedes know that a normal flu season see several thousand dead from complications from the seasonal flu so the proportions of the propaganda coming from media and the government has caused a growing revolt against the massive attempts to scare people to take the poisonous injection.

We have earlier reported on the first death, the second death (also here), the third death and the fourth death in Sweden from the poisonous Pandemrix vaccin shot.

The only portals of entry are the nostrils and mouth/throat. In a global epidemic of this nature, it’s almost impossible to avoid coming into contact with H1N1 in spite of all precautions.

While you are still healthy and not showing any symptoms of H1N1 infection, in order to prevent proliferation, aggravation of symptoms and development of secondary infections, some very simple steps can be practiced

Signs That Swine Flu Has Peaked 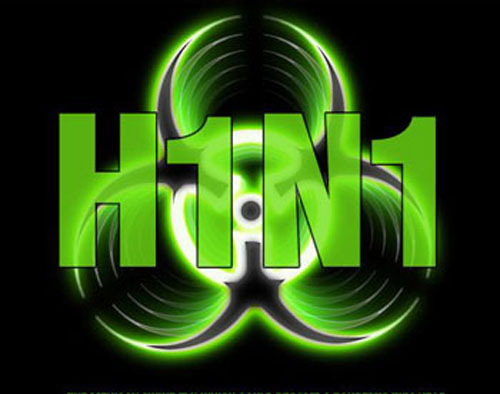 Although federal health officials decline to use the word “peaked,” the current wave of swine flu appears to have done so in the United States.

Flu activity is coming down in all regions of the country, the Centers for Disease Control and Prevention said Friday, though it is still rising in Hawaii, Maine and some isolated areas.

The World Health Organization said Friday that there were “early signs of a peak” in much of the United States.

21 Deaths in Japan After H1N1 Vaccine

The frequency of cases of severe side effects detected in the administration of H1N1 vaccines in Japan has been higher than for seasonal flu vaccines said the Japanese Health Ministry.

68 cases of serious side effects were recorded according to a health ministry survey. Eight more deaths were reported outside the survey, bringing the death toll after vaccination to 21.

Although the victims died following vaccination, the committee argued that the vaccines were not necessarily the cause of death. The experts found that in most cases, it was highly likely that they died because the condition of their diseases worsened, they said.

Based on autopsies, we have come to the conclusion: it’s not pneumonia, but cardiopulmonary insufficiency and cardiogenic shock… The virus enters directly into the lungs, there is bleeding… Antibiotics should not be used…

Why do we have such a high mortality rate in the country?